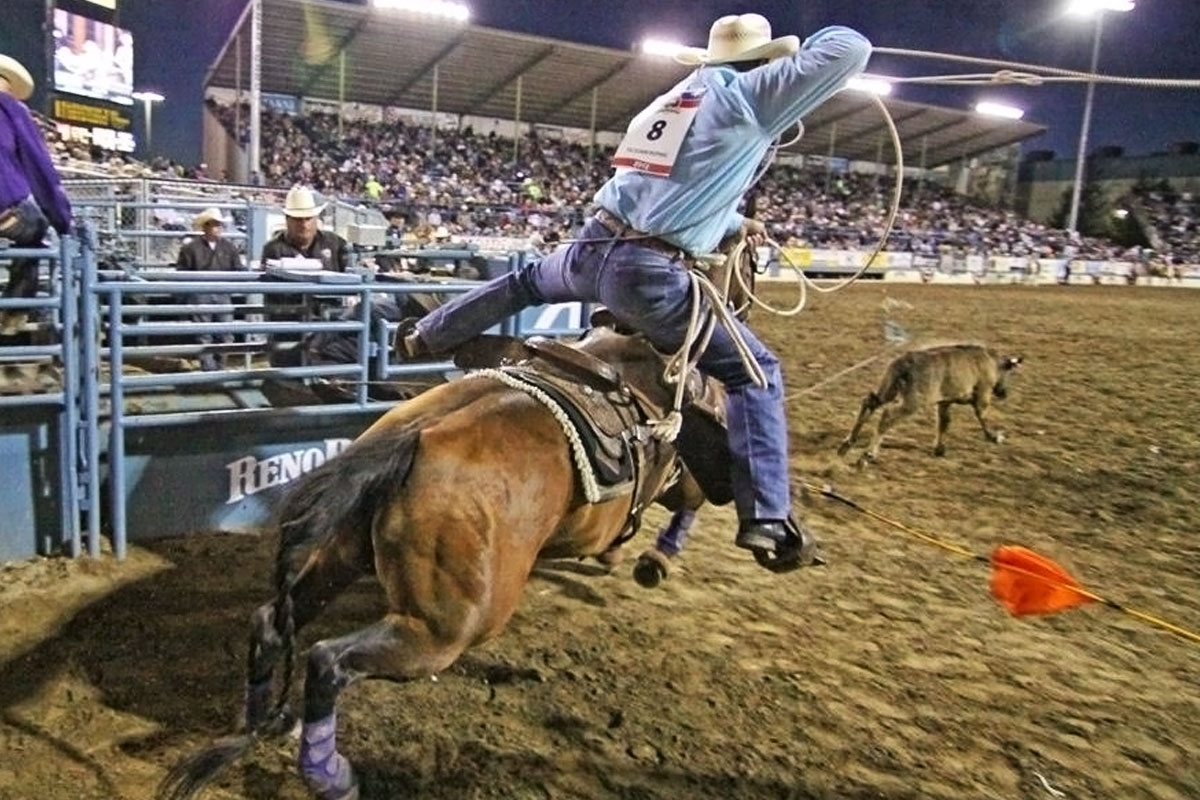 Success in calf roping depends largely on the teamwork between a cowboy and his horse, and the luck of the draw. A feisty calf that runs fast or kicks hard can foil a roper’s finest effort.

After the calf is given a head start, horse and rider give chase, ropes the calf, then dismounts and runs to the animal. After catching and flanking the calf, the cowboy ties any three of the animal’s legs together using a “pigging string” he carries in his teeth. If the calf is not standing when the contestant reaches it, the cowboy must allow the animal to stand, then flank it.

When the cowboy completes his tie, he throws his hands in the air as a signal to the judge. He then remounts his horse and allows the rope to become slack. The run is declared invalid if the calf kicks free within six seconds.

A ten-second penalty is added if the calf roper breaks the barrier at the beginning of the run.