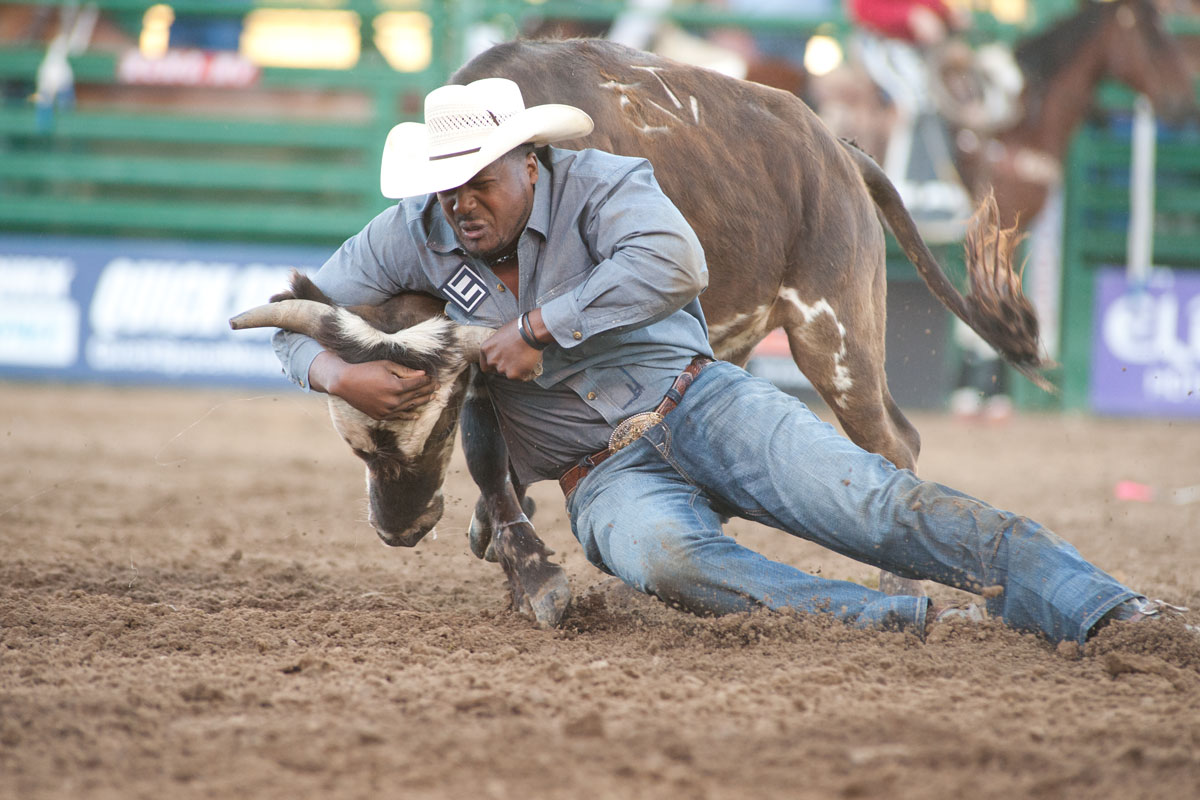 The steer wrestler on horseback starts behind a barrier and begins his chase after the steer has been given a head start. If the bulldogger leaves too soon and breaks the barrier, he receives a 10-second penalty.

The steer wrestler is assisted by a hazer, another cowboy on horseback tasked with keeping the steer running in a straight line.

When the bulldogger’s horse pulls even with the steer, he eases down the right side of the horse and reaches for the steer’s horns. After grasping the horns, he digs his heels into the dirt. As the steer slows, the cowboy turns the animal, lifts up on its right horn and pushes down with his left hand.

After the catch, the steer wrestler must either bring the steer to a stop or change the direction of the animal’s body before the throw or is disqualified. The clock stops when the steer is on his side with all four legs pointing in the same direction.

Steer wrestling is often known as the “big man’s event” and with good reason; at the 1995 NFR in Las Vegas, the average steer wrestler weighed in at 223 pounds.