John Harrison is a high energy rodeo clown that was selected by his peers to be a three-time Wrangler National Finals Rodeo Barrel Man and has been awarded the Coors “Man in the Can” three times. John is the grandson of the legendary Freckles Brown, who rode ProRodeo Hall of Fame bucking bull, Tornado, after 220 consecutive buck-offs in six years. John became a member of the Professional Rodeo Cowboys Association (PRCA) in 1999 as a trick and roman rider, and trick roper. He later diversified and added barrel man to his PRCA card. 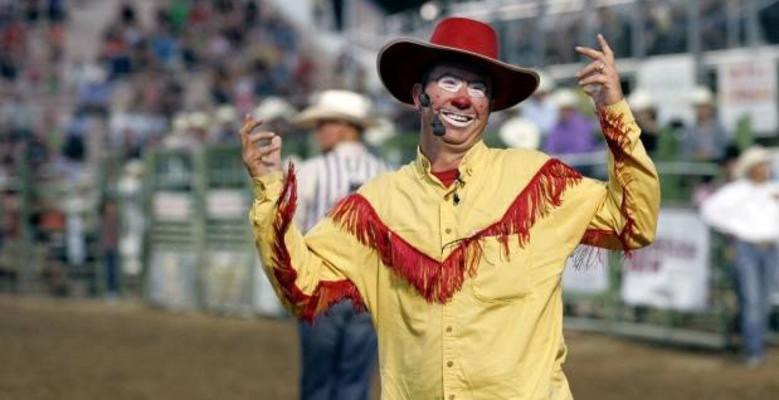 GET ALL OF YOUR RENO RODEO MERCHANDISE.